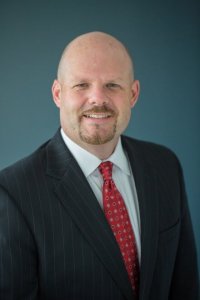 The industries that power America – including manufacturing, agriculture and energy as well as the suppliers that support them like National Association of Chemical Distributors (NACD) members– were staunchly and vocally in favor of the Surface Transportation Board (STB) Reauthorization Act of 2015. The freight rail industry is critically important to U.S. economic competiveness. Industries like chemical distribution that rely heavily on rail service recognized the Act’s provisions would ensure a stronger STB equipped with the tools it needs to effectively balance the concerns of the rail industry and its customers.

The recently-released “Proposed Rulemaking to Adopt Revised Competitive Switching Rules” illustrates precisely the type of common-sense reforms needed to ensure companies that rely on rail have more than one option when shipping and receiving product. The new regulations set forth a realistic and practicable path by which shippers currently served by only one major rail carrier may gain access to another rail carrier, providing a much needed infusion of competition throughout the freight rail industry.

America’s railway system has a long and storied history, playing a starring role in the growth of our nation. Until recently, there were 26 major railroads in business carrying goods from companies of all sizes to their customers. Today, that number is down to seven, with just four dominating the market. With such extreme consolidation, rail competition is hard to come by for many shippers. Freight traffic has nearly doubled, investment in rail infrastructure has increased and the economic strength of the remaining railroads has greatly improved. Despite these boons for the rail industry, rates have surged by nearly three times the rate of inflation over the last decade and service has suffered.

As part of the Stagger’s Rail Act, Congress envisioned a process by which shippers with access to a single railroad could have their cargo switched to another nearby carrier to promote rail competition. Since the Stagger’s Act went into effect in the 1980s, not a single company has been able to successfully request that their freight be transferred from one railroad to another. Despite continued concerns about rail competitiveness and quality of service, many companies relying on rail to receive their products have abandoned the process altogether due to the unrealistically high threshold set in requiring them to prove anti-competitive conduct in order to obtain competitive switching approval.

NACD members deliver approximately 50 tons of product every minute and receiving by rail is a critical conduit to reaching the nearly 750,000 end users we supply in nearly every industry sector. While chemical distribution is a critical link in the American economy and employs tens of thousands of people across our country, most NACD members are small businesses that on average generate $26 million in sales, have 26 employees and operate on extremely low margins. The large majority of our members do not have the dedicated staff, time or monetary resources to launch a competitive switching petition with the STB that is almost certainly doomed to fail.

Under the new proposal, certain rail customers could obtain permission for reciprocal switching, otherwise known as competitive switching, by showing that the proposed shipping would be ‘practicable and in the public interest’ or ‘necessary to provide competitive rail service.’ The STB would allow companies to request that their cargo be moved to another major railroad only if another rail line is reasonably accessible. If the switch is shown to be unsafe or harmful to other customers, the railroad can block it. Companies relying on rail cover any costs associated with switching from one rail carrier to another.

The lack of freight rail competition is costly to American businesses, especially for the little guys – the small businesses that make a large impact on our economy and account for approximately 60 percent of net new jobs since 1993. With the dramatic changes in the rail sector, now is the time to re-evaluate and modernize our rail policy framework to meet present and future needs. The STB’s Revised Competitive Switching Rules are an important step in doing so and we urge the Board to move forward with the competitive switching rule review process and ultimately implement this sweeping and impactful new approach.

Eric R. Byer is president of the National Association of Chemical Distributors, an association of more than 440 companies that provide products to more than 750,000 end users in industries as diverse and essential as construction, healthcare, electronics, pulp and paper, water treatment and many others.